My people were massacred five years ago. The genocide continues. 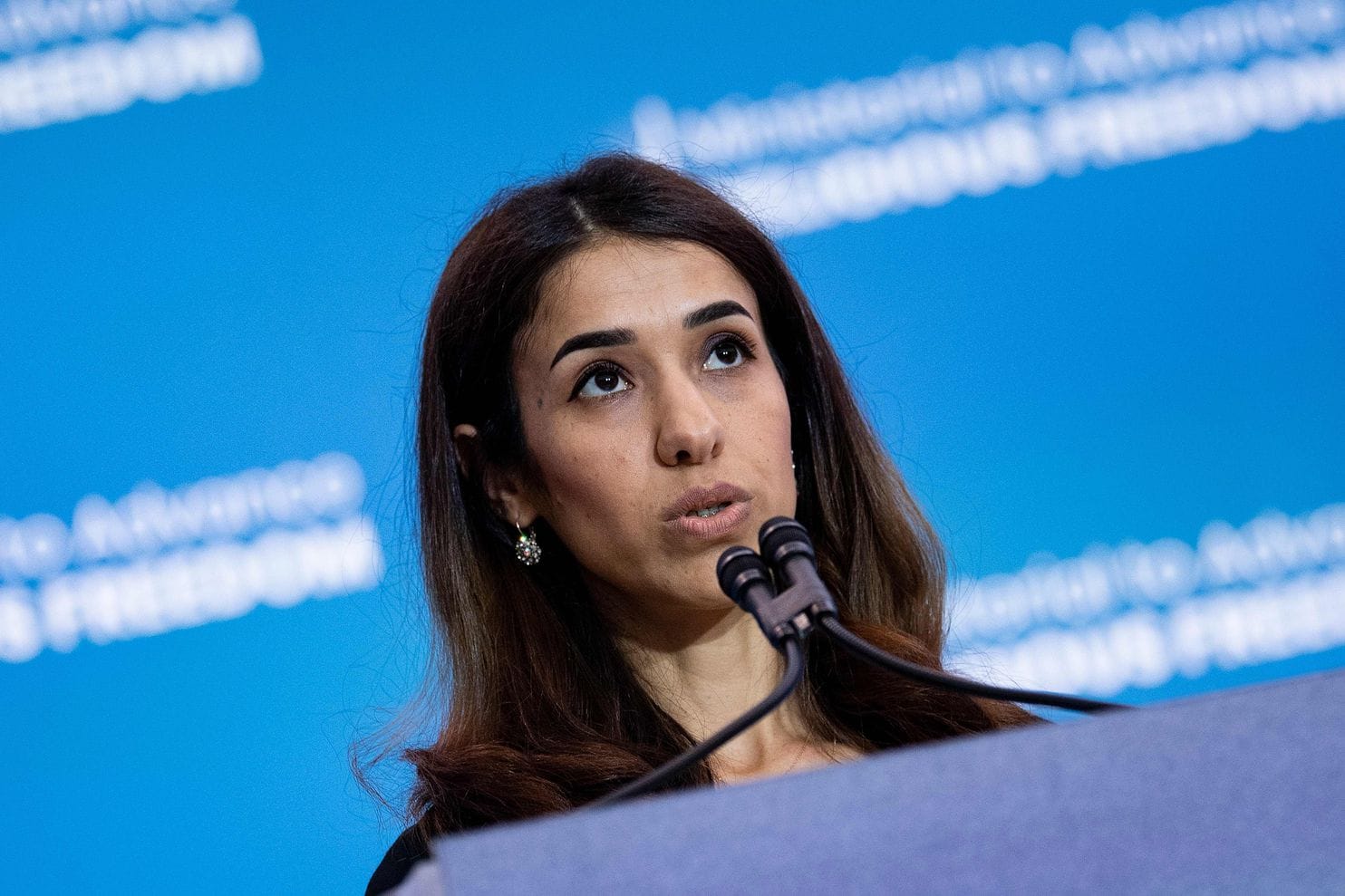 Nadia Murad is a Yazidi activist and president of Nadia’s Initiative, an organization advocating for survivors of genocide and sexual violence. She was awarded the Nobel Peace Prize in 2018.

Five years ago, Islamic State fighters invaded my ancestral homeland of Sinjar, Iraq, and waged a systematic ethnic-cleansing campaign against the Yazidi community. Their campaign included mass executions, forced religious conversions and widespread sexual violence. These attacks resulted in the massacre of Yazidi men, women and children; the enslavement of nearly 7,000 Yazidis; and displacement of more than 400,000 Yazidis to camps in northern Iraq.

But that was not the end of our suffering. As Sheri P. Rosenberg observed in a 2012 article, genocide is a process, not an event. The continued suffering, fear and uncertainty in the Yazidi community show that the genocide process is ongoing. About 350,000 Yazidis remain trapped in camps in northern Iraq. Yazidis in these camps live in weather-worn tents without adequate access to food, water, electricity, education or opportunities to work. They also lack basic health care, including psychological support to aid in trauma recovery.

An estimated 3,000 abducted Yazidi women and children are still missing, with fears that some might have been sold to al-Qaeda affiliates — women and girls to be sex slaves, boys to be trained as fighters. Others may have been forcibly relocated to cities in other countries or have become collateral damage in military offensives in the region. Though thousands of Yazidis have sought asylum in Europe and elsewhere, foreign governments are approving fewer and fewer asylum claims, making it more difficult for Yazidis to seek safety.

But the Yazidi people are not without hope. We want justice, we want to rebuild, and we want to go home — but we cannot do so without support. As we approach the fifth anniversary of the Yazidi genocide on Aug. 3, I call on the international community to undertake concrete actions to support the repatriation of Yazidis.

In my recent speech at the State Department’s Ministerial to Advance Religious Freedom, I outlined the necessary steps for the successful return and rehabilitation of the Yazidi community. These include resolving Sinjar’s local governance issues, investing in long-term sustainable development initiatives, recruiting Yazidis into Iraq’s official security forces and prosecuting the Islamic State for war crimes. These steps are not only crucial to helping the Yazidis recover from the genocide but can also promote the rebuilding of trust among the different communities in Iraq, ultimately supporting the process of peace and reconciliation in the region.

While we estimate that 80,000 Yazidis have returned to Sinjar, local conflicts complicate survival. The Islamic State’s collapse created a power vacuum, opening the door for competing groups that occupy some portion of Sinjar but do not have complete control. The situation is further complicated because of disagreements between Baghdad and Irbil over governance and security in Sinjar. The Yazidi people cannot return to their homeland when security risks remain high. They must be given a voice, both in governance and over security decisions.

As factions vie for strategic dominance, our community also suffers from a lack of infrastructure. Investment in sustainable development initiatives in the Yazidi homeland is vital. Funds are needed for rebuilding homes and public facilities, such as hospitals and schools. According to the United Nations Development Program’s Funding Facility for Stabilization 2018 Q3 Report, more than 90 percent of recovery projects in the region are underfunded, and the funding has decreased by 41 percent since 2017. The UNDP identifies this gap as the most significant challenge to stabilizing the area, and international support is crucial for meeting these needs.

Finally, the Yazidi people deserve justice for the atrocities committed against them. This year, Sweden called for support from European allies to establish an international Iraq-based war crimes tribunal, modeled after the International Criminal Tribunals in Rwanda and the former Yugoslavia, to prosecute Islamic State fighters. The Syrian Accountability Project’s Report on the Yazidi Genocide recommends an international effort to preserve the physical evidence of Islamic State crimes, including archival documentation of Yazidi survivors and their stories and protection of forensic evidence such as mass graves. Moreover, the international community can help the Iraqi government locate the still missing Yazidis or record their fate. Until the full scope of Islamic State crimes are unearthed and justice is delivered, our people will continue to suffer.

The international community fought to defeat the Islamic State — but the job is not done. Abandoning the Yazidis to a war-torn land and uncertain future allows the seeds of further violence to take root. If the international community refuses to exchange platitudes for swift action, the Islamic State’s genocidal campaign against Yazidis will prevail.